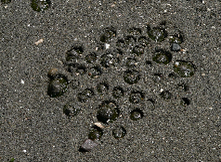 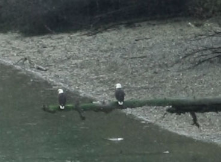 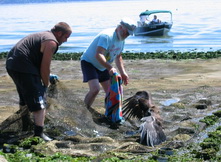 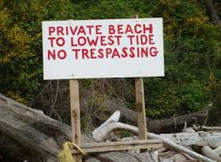 Tell them that there needs to be an Environmental Impact Statement done for this experimental industry.

Tell them you are concerned with the inherent harm in an uncoordinated and piecemeal development of the State’s Shorelines, as stated in the Shoreline Management Act.

Tell Govenor Inslee you are opposed to the streamlining of permitting for shellfish aquaculture.

Please reconsider the Mitigated Determination of Nonsignificance for the permit application by Pacific Northwest Aquaculture, aka Mr. ChangMook Sohn, for a geoduck farm in Zangle Cove.

A monoculture geoduck farm would also change the nature of the Cove and impact the native species who live there, including the resident Bald Eagle family and resident Great Blue Herons as well as all the other creatures who live in the benthic area of the tideland.

We are proud of the fact that Zangle Cove is a thriving test site for a Puget Sound eelgrass restoration project directed by the Pacific Northwest National Laboratories and the Washington State Department of Natural Resources, funded by the EPA and US Department of Energy. Because of the importance of eelgrass recovery in Puget Sound, commercial geoduck aquaculture and all other commercial shellfish aquauculture should be prohibited in Zangle Cove.ure g

Please protect Zangle Cove from those who want to make money selling mass produced geoduck as an aphrodisiac to a foreign market.

FEEL FREE TO COPY THE ABOVE TEXT FOR YOUR MESSAGE TO THURSTON COUNTY AND ADD YOUR OWN PERSONAL CONCERNS ABOUT THIS PROJECT. We are past the deadline for comments on the MDNS, but that should not stop anyone from letting their voice be heard.